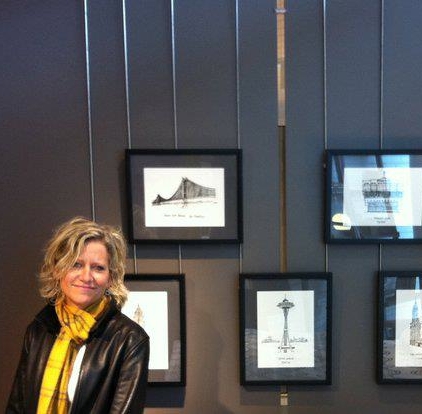 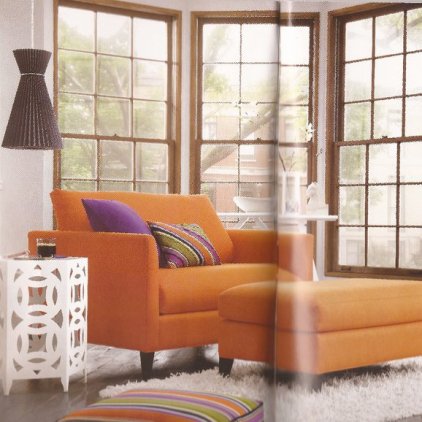 A funny thing happened on the way to my seeing m wood framed Cityscapes sold at Crate&Barrel.

After earning my English Literature, History and Art majors from Cornell College (in oh so quaint Mt. Vernon, Iowa), I leapt into adulthood blindly and naively.  Apparently, no one in Chicago was interested, in the least, in hiring me.

This came as quite a shock, as I had already conjured up in my most imaginative state, a super exciting and fabulous city life, complete with a gorgeous apartment and lavish lifestyle.

I chased after all of the big fish in advertising, communications, media, magazines, newspapers, radio and television stations.  I was greeted the same way at all establishments: with a door gently but surely slammed in my face.

Needing cash, I fell into an office job at a well-known stationery company.  Bored out of my mind, I convinced the owners to let me run one of the huge, hulking letterpress machines.  I was told that girls don’t actually do that, but I was very stubborn and determined, and somehow, despite my gender, was upgraded to the the team in the back.

Given my own Heidelberg Letterpress, apron (which i still own), I fell in love with inking the rollers, lining up the sturdy cardstock, and dizzyingly watch the arms of this contraption print, print, stack, shuffle and print.  Having to kill time while my dreams waited, at least I’d found something really fun to do.

So, at this point, despite my happiness in being covered with lime green, robust red and lemony yellow ink, I remembered that I needed to move on up in my single and in my twenties fab city life.  Burned at both ends by the scores of rejections felt months earlier, I shied away from trying that old resume, apply to jobs option, and instead, took the advice of my parents who, oddly enough, clearly knew me better than i had ever given them credit for.

The idea of getting a degree in interior design/architecture was mentioned.  Hmmm, I thought. Literally, I remembering thinking that!  I drove off to the library to do some research, which meant, pulling out an encyclopedia and looked up ‘interior design’.  It seemed pretty interesting to me as a means to an end, so why not?

I found a couple of graduate schools in Chicago, applied, got in.  Rented an apartment (oh glory be!) in Lincoln Park with my hard-earned letterpress machine earnings, hopped the 151 bus every morning that flew me through the park, past the zoo, and inching up along exciting Michigan Avenue, and deposited me at my classroom that boasted a view of Grant Park and the great Lake Michigan shore.

So, long winded as this story is, with so much that I have to leave out in order to get to the point, I fell in love with architecture.  Like, really fell in love with it.  Structural drawings; the fine art of drafting with a pin-sharp lead, triangle and t-square; studying styles and learning the history of it all (baroque! prairie! romanesque! more history! who knew!); renderings which created magic imaginary worlds on a piece of paper: it was all just too much fun and eventually landed me many incredible jobs.  Actually, career!  My long-delayed grown up life had begun, in a totally different way than I had imagined (advice which I remind my children often…one step leads you here, then there, and then, voila, it’s your life!), and somehow, has stayed with me ever since.

Now, with my children fleeing the nest faster than shoppers at kmarts blue plate special reach that flashing blue light, I’m tucked cozily into a house that I designed myself, still happily using my pen to earn a living.  And how serendipitous to be lucky in melding two worlds that I love so much?  Yes, back to the point of this post: creating architectural sketches that would be sold at Crate&Barrel.

Well, actually, make that three worlds, as the old travel bug bit me ages ago, and my gypsy ways are more than satisfied by sketching places far and wide.

Something tells me the next phase of my life, though not quite as crazy as that one decades ago in the city, will resemble that of a caravanserie as I roam a bit, untethered, with always, safe by my side: pen, paper & an ever-present yearning to explore & sketch.